High boat traffic and other human factors has an effect on the biodiversity of invertebrates and other reef fish living in the intertidal zones along coast lines. The aim of this survey is to verify if there were any significant differences between an area this is used as a boat channel and undisturbed areas in order to test the hypothesis that the undisturbed site would have a larger biodiversity and abundance of motile invertebrates than the disturbed site. 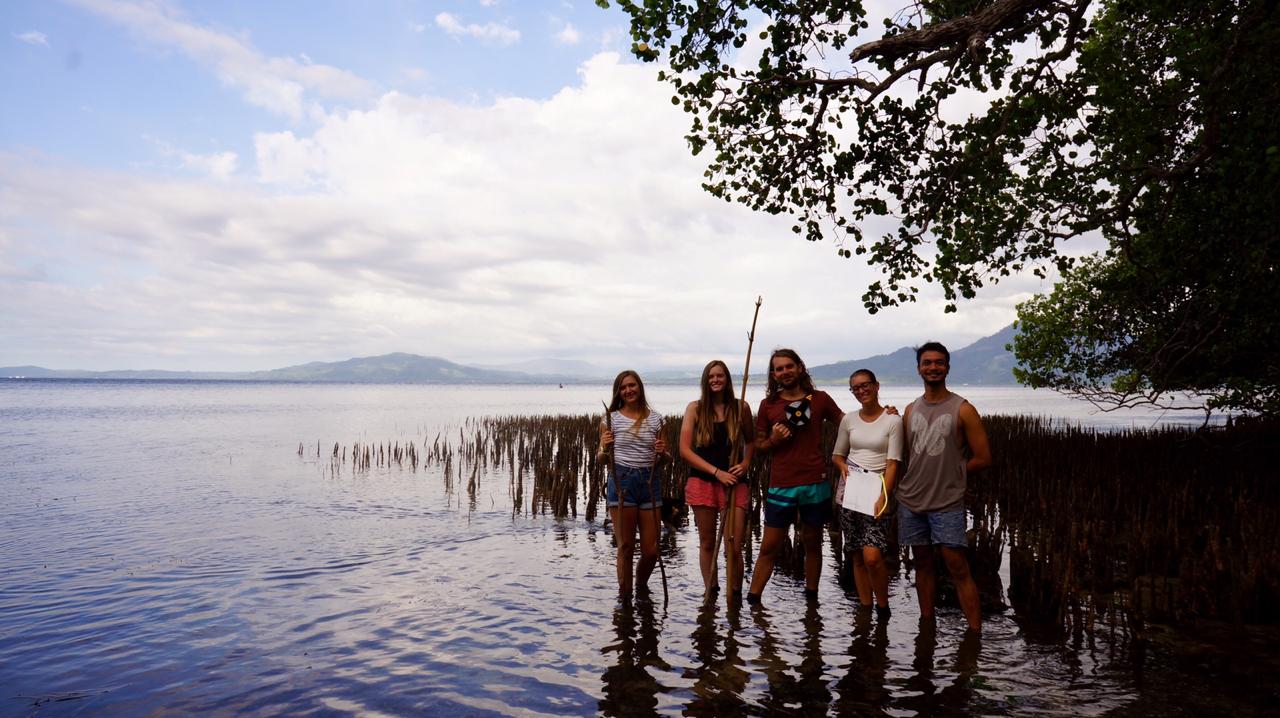 This survey is conducted at low tide, when the sampling areas are shallow tidal water pools covered by seagrass. Intern lay out a 30m transect line at both sites, perpendicular to shore, starting where the coral reef begins and extending toward to shore line and then use a 2mx2m quadrats on either side of the transect line. Then we record the species of all motile invertebrates found and the number of individuals of each species observed inside the quadrats. Further data is recorded including substrate type and pictures of each quadrat.

With the data collected, we are able to describe the abundance of each species found in the two sites and compare them using established formulas, such as the Shannon-Wienner diversity index, the Czekanowski coefficient and the equitability index. This allows us to discuss if the differences found were likely to be caused by boat activity, or by natural factors such as tides and habitat preference.

In order to increase the reliability of this project it is repeated every month.