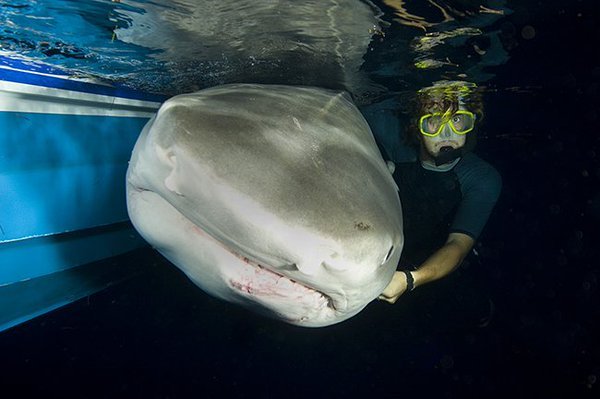 Dr. Mark Bond of Florida International University was raised in South Africa and received his PhD from Stony Brook University, NY. We asked him about his research and how BRUV data from Nusa Penida and Komodo will be used in 2018.

“Elasmobranchs are some of the oldest living creatures on this planet but have survived multiple mass-extinction events. Today, however, critical habitat loss and increased fishing induced mortality have meant that many elasmobranch species are currently experiencing global population declines, and a quarter of known species are threatened with extinction in our lifetime. My research focuses on the effects of marine reserves on sharks and rays. Marine reserves are one of the premiere conservation approaches to elasmobranch conservation and we need to thoroughly investigate their implementation on community function. I employ a variety of techniques to examine questions regarding ecosystem dynamics and the ecological role of sharks including stable isotope analysis, telemetry, and baited remote underwater video (BRUV) surveys.

BRUVs are a non-invasive and easily scalable survey technique that is perfect for implementation for use in marine reserves. One of the leading problems facing conservation biologists is lack of data from remote regions. Indonesia sits in the highest region of the globe for shark and ray biodiversity, however they are one of the world’s leading shark fishing nations and many local populations are near collapse. We aim to collect biodiversity and abundance data on the shark and ray populations of Nusa Penida Marine Protect Area and Komodo National Park. This data can be used to impact local management and monitor the effectiveness of the MPA’s in order to guide effective management.”