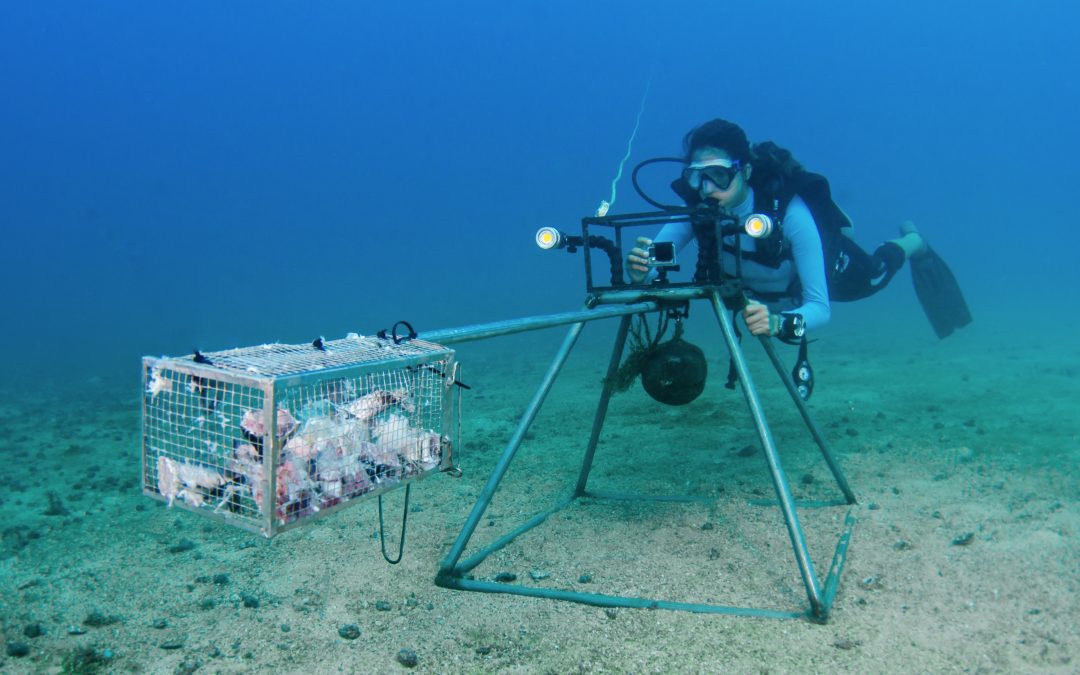 BRUV stands for Baited Remote Underwater Video. It consists of a GoPro that is mounted on a frame. 1 kg of bait is placed in a wire cage mounted on a pole in the camera’s field of view.  BRUV sampling is conducted throughout the MPA (Marine Protected Area) that surrounds Nusa Penida. Locations of deployment for each site are chosen using a random number generator to avoid location bias and are placed in daylight hours..

The deployments are done in an area between 4m and 30m of depth, with a flat bottom to maximize line of sight. BRUV’s are deployed using SCUBA gear and diving lift bags to guide it away from live coral and to orient the BRUV facing down current. The BRUV is in the water for over 60 minutes and other activities (e.g training dives or survey dives) are simultaneously conducted no closer than 250m from the BRUV site.

At both the start and the end of each deployment environmental variable are measured including, water current speed, salinity, bottom depth, visibility and water temperature. Each video is viewed twice by a trained volunteer and data is recorded. Every elasmobranch or commercially valuable fish species present in the frame is counted and recorded.